Home Technology What Is Fermentation and How Does It Work? 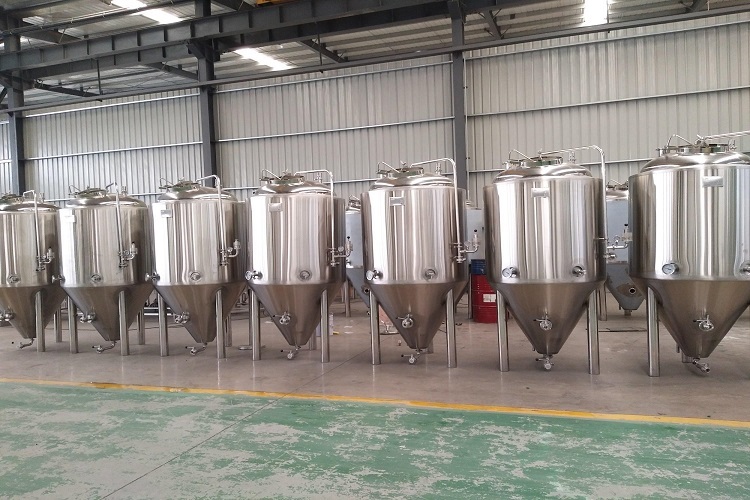 Turning barley and other grains into beer requires a number of processes, one of which is fermentation. Fermentation converts glucose into alcohol and carbon dioxide, two key components that make beer what it is. It can be done using a number of different fermentation vessels, depending on what a brewer wants to accomplish.

The process of beer brewing starts with turning grain into wort. Grains are chosen based on the desired flavor profile. Barley is the main staple of most beers, though oats and wheat are also fairly common. Regardless of the exact recipe of cereal grains, brewers soak the greens in water to encourage them to germinate. When the correct level of germination is reached, the grain is drained and dried.

Next, dried grain is milled to reduce its size before being steeped in hot water. This combination of milled grain and water is known as mash. The mash is allowed to sit for a time in order to allow enzymes to convert the grain’s natural starches into sugar. Heat may be applied to speed up the process. Finally, the mash is strained to remove any leftover organic material. The resulting liquid is known as wort.

The whole point of fermenting is to convert the sugars into alcohol and carbon dioxide. This is accomplished by adding yeast to the wort. Brewers transfer cool wort into fermentation vessels where it will remain until the process is complete. Note that the yeast is put into the fermentation vessel before wort is added. Brewers are also careful to control the temperature based on the type of beverage they want to produce.

Ales are fermented at about 68°F. They can fully ferment in as little as two weeks. Lagers are fermented at 48°F for up to six weeks. Because time and temperature are so critical to taste, brewers all have their own formulas for achieving exactly what they want.

During fermentation, the vessel is sealed off from outside air. However, fermentation vessels do have a single outlet that allows carbon dioxide to escape. Not allowing that escape would create too much pressure inside the vessel. As for the yeast, it gradually settles to the bottom of the fermentation tank. Yeast is easily removed from the final product and utilized in the next batch.

Prior to beer brewing becoming highly scientific, wooden barrels were the go-to choice for fermenting. One of the advantages of barrel fermenting is that the beer takes on the flavor of the wood. That is a novelty that some craft breweries still appreciate today.

Open square fermenters can be made of any number of materials, including stainless steel. They are so named because they are not sealed off. Rather, the wort is allowed to ferment while being exposed to the open air. Brewmasters who prefer this method say they get a much better product. That being said, open square fermentation is not particularly common.

Most modern breweries utilize stainless steel cylindroconical tanks that are purpose built for fermentation. These allow for maximum control. Furthermore, the cone-shaped bottom of the typical tanks makes it a lot easier to remove yeast when fermentation is complete.

Now you know the basics of fermentation. It is what turns wort into the carbonated, alcoholic beverage you enjoy so much.

Hollywood Studios Will Be Able To Prevent An Increase In The...

Jimmy Marquis - December 23, 2022 0
If you are planning to get your own bitcoins then one of the best choices you can make is to go with a service...